Ahnenerbe and the Quests 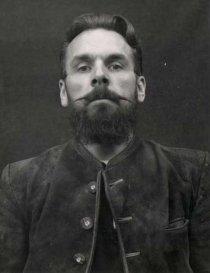 Wolfram Sievers was dubbed "the Nazi Bluebeard" by journalist William L. Shirer because of his
"thick, ink-black beard"